Significantly fewer men in the third and fourth life stages than women of the same age realise the importance of lifelong learning and the advantages of active participation in the community. The low participation rates of older men in organised learning programmes and other free-time activities are evident from a number of research studies (Merriam and Kee, 2014; Schuller and Desjardins, 2007; Tett and Maclachlan, 2007), many of which link this to the men’s quality of life, which is lower than the opportunities available to them in their environments otherwise allow (Courtenay, 2000; Golding 2011a, 2011b; Oliffe and Han, 2014).

Research also demonstrates that older men marginalise, isolate and alienate themselves more frequently than their female partners (McGivney, 2004; Williamson, 2011; Vandervoort, 2012; Holwerda et al., 2012); that they are more likely to be subjected to loneliness (Wang et al., 2002; Paúl and Ribeiro, 2009); and that they increasingly rely on their wives and life partners, depending on them emotionally and socially as well as in terms of care (Vandervoort, 2012; Dettinger and Clarkberg, 2002). Besides this, older men in contemporary discourses on ageing can be described as absent bodies and invisible lives, and thus the phenomena of ageing, gender (including masculinity), and disability can be connected and consequently interpreted and understood by studying embodiment in old age (Fleming, 1999).

2. (Self)-exclusion of men from the community

Various statistical data, too, confirm that older men are less active than women. The largest discrepancy, in women’s favour, in participation in the community programmes of active ageing in the countries monitored by Eurostat found are in Sweden (14%), Denmark (9.9%), Finland (7.7%), Iceland (7%), Estonia (5.5%) and France (4.9%) (Eurostat, 2017). Although men are more active than women in Croatia, Germany, Turkey and Switzerland, the difference is practically negligible (between 0.2 and 0.6%) (Eurostat, 2017) and should be considered from cultural and religious aspects – but mainly through gender capital. The statistic shows that the discrepancy in Slovenia is 3% in women’s favour (Eurostat, 2017), but men’s participation in various organised programmes of active ageing is substantially more limited: the average share of men in Activity Day Centres in Ljubljana is 15%, while Adult Education Centres and the Third Age University are similarly perceived as predominantly women’s organisations managed by women. Partners on the project came to similar conclusions. The reasons for men’s non-participation in the existing activities are, among others, the feminisation of the learning programmes and their staff (Carragher and Golding, 2015; Owens, 2000), the negative perception of their schooling in the past (Mark and Golding, 2012; McGivney, 1999, 2004), the weakening of cognitive and social capital, which is part of the ageing process and which influences men more than women (Merriam and Kee, 2014; Schuller and Desjardins, 2007; Tett and Maclachlan, 2007).

In view of all the reasons, it is important to find out why older men in a number of countries, including Portugal, Poland, Estonia and Slovenia, have been, essentially speaking, excluded (or self-excluded) as relevant participants in society, because the consequences of their marginalisation can be dramatic. The men’s exclusion and inactivity in the third and fourth life stages have a significant impact on the quality of their lives, on cognitive and mental capital (Golding, 2011a, 2011b, Foresight Mental Capital and Wellbeing Project, 2008), on emotional well-being (Williamson, 2011) and, of course, most importantly, on their (subjective) health (Courtenay, 2000; Giles et al., 2005; Golden, Conroy and Lawlor, 2009; Mark and Golding, 2012; Schmidt-Hertha and Rees, 2017). Numerous social factors strongly influence health quality, too. The collective effort of the partners in the project Old Guys Say Yes to Community is to call attention to older men. Gendered experiences and social lives are different from women of their age as well as younger men.

3. Men’s mental health in and out of work

The mental health of men is an important issue with significant direct and indirect costs emerging from work-related depression and suicide. Although the merits of men’s community-based and workplace mental health promotion initiatives have been endorsed, few programmes are mandated or formally evaluated and reported on. Also conspicuously absent are gender analyses detailing connections between masculinities and men’s work-related depression and suicide on which to build men-centred mental health promotion programmes.

4. ACTIVE CITIZENSHIP: There is no education outside the social realm

Education for Critical Active Citizenship (ECAC) is a project from Malta, based on the understanding that there is no education outside the social realm and, therefore, a critical reading of the social and economic realities is fundamental to competent and effective citizenship.  ECAC is urgent in a world that is becoming increasingly polarised, exploitative, individualistic and culturally invasive. ECAC challenges and resists the imposition of ‘monolithic thought’, generated through an increasingly standardized educational scenario that is characterised by uniform, transnational expectations and assessment procedures, and by a global obsession with vocationalism and credentialism. Changes in society can be achieved through the help of communities. In order to do so we have to unlock adults' reflexive potential with help of authentic dialogue. If we are able to do so, we get active citizens who can analyse, interpret and reinvent their communities.

Try to identify initiatives in your country (or municipality) that foster active citizenship, critical learning or participatory budgeting.


Example of good practice from Malta: Project about active citizenship in later life (placed in the municipality Ħad-Dingli (western coast of Malta))

Academics as well as care institutions tend to treat older people as de-gendered (Thompson, 1994; Silver, 2003). The gender imbalance and the de-emphasis on gender identities can have important implications for men’s psychological well-being and the way they think about and perceive themselves (…)

Barefoot, Mortensen, Helms, Avlund, and Schroll (2001) observed that men, but not women, showed an increase in non-somatic depression symptoms from age 60 onwards. Barefoot and colleagues explained these results in terms of a shift of social roles and that the loss of social networks might be greater for men than for women (see also Moss & Moss, 2007) (in Gleibs, et al., 2011).

Although many older adults do not participate in organized forms of education and learning, many of them are involved in other non-educational organizations in the community and this is mostly because of social motives. 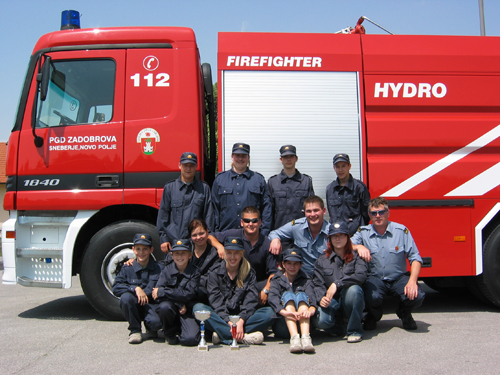 They notice positive influence of membership and informal learning in these associations such as better quality of life and well-being of members and the local community as a whole. This is the way for older men to stay connected, needed and useful, to regularly meet other generations and members of their local community.

If you think of some volunteer associations in your community, would you say older men are a part of them mostly because of social motives or are there any other more important motives?

7. Why are older men so vulnerable?

This analysis challenged widespread suicide myths in the professional and popular literature, including the idea that interpersonal losses (e.g. widowhood) are relatively unimportant in older male suicide. It also highlighted often overlooked facts in European-descent older men’s suicide proneness, including the fact that European-descent older men have less exposure than older women to many of the conditions (e.g. depression, chronic illnesses and functional disabilities, financial difficulties, widowhood, and living alone) assumed to increase suicide risk in older adults.

Look at how Zdravko Kuhta lives in the Hrastovec Social Care Institute. In spite of the serious problems with depression, Zdravko remains creative. In 2014 he received the Award for the Promotion of Learning and Knowledge of Adults, awarded by the Slovenian Center for Adult Education (ACS).

To what extent is the topic of mental health present in your local community? Who is dealing with this topic and discussing it?